Kia Forte set a sales record last year hitting 78,919 units and already has surpassed that number this year as the 2017 model year brings numerous improvements to the compact sedan. It’s not surprising, since Forte has become a top choice in its class. You can see the all new 2017 Kia Forte at Island Kia Today!

The little Kia has come a long way from its shaky U.S. entry in the mid-1990s. Forte debuted as a 2010 model, raising the bar over its predecessor Spectra, which had started staking a claim on U.S. driveways, including in my friend Kat’s. She still loves hers as it nears 150,000-mile mark. The 2017 refresh follows just three years after a complete makeover. The Forte gets new taillights and a smoother look upfront with two designs, including the new sporty S model. The S also comes with a sport-tuned suspension and 16-inch alloy wheels. A new engine replaces last year’s 1.8, but fuel economy still lags many competitors. The 2.0-liter mill cranks out 147 horsepower and gets up to 38 miles per gallon on the highway. The uplevel EX sticks with the old 164-hp 2-liter mill, which is a little perkier but drops highway miles to 33.
The LX starts at $17,340, the S at $20,050 and the EX at $22,050, including destination. That’s at the bottom of the pack. Inside, however, the Kia looks sharp with attractive materials and standard leather and heated front seats in the EX.

Stop by Island Kia today and check out the all new 2017 Kia Forte and take it for a test drive today! 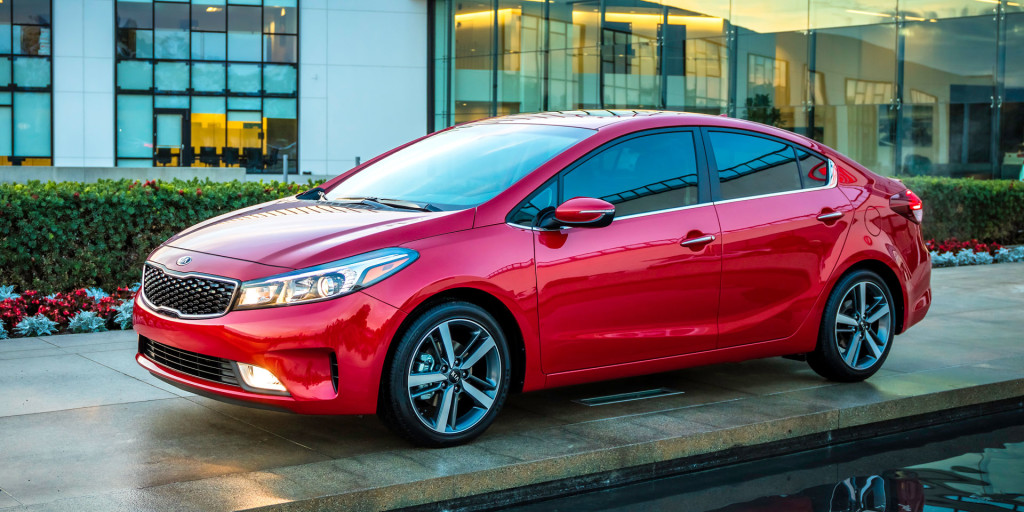