CALL US FIND US
You Are Here: Home > 2017 Kia Optima Hybrid Woodbridge, NJ

Island Kia of Staten Island, NY proudly presents the all new 2017 Kia Optima. Optima’s emotionally charged exterior is punctuated at every corner with striking, front and rear fascia, complementing Kia’s signature Tiger nose grille. The iconic Optima is undeniable style that commands attention and the road. When considering a new car note the presence of recognizable aspects, albeit in a slightly modified version. It’s slight redesign lead to the car began to look more expressive and solid.

The new interior many associations may occur with the performance BMW models as the car looks quite expensive and solidly. Presented Kia Optima received a U-shaped he steering wheel and a few sports gauges placed between the color screen of a trip computer, which has an excellent informative and concise design. Wanting to buy a 2017 Optima may find interesting an eight-inch touchscreen multimedia system located on center console, harmoniously with the climate control settings panel. In this case, you can see that the car has received the decoration in relation to the chosen configuration: soft plastic, metal inserts, and leather trimming. In general, the new interior has improved the overall level of implementation. The front seats comfortable enough, despite having a rigid frame, thick lateral support bolsters and soft filler. Also in its arsenal, there are electrical adjustment, heating, and ventilation. Rear seat provides enough space for three passengers.

Engine range of 2017 Kia Optima based on three power units with direct fuel injection, which have the following parameters: Engine type: Gasoline, Displacement: 2.4L/ 2L/ 1.6L, Number of cylinders: 4, Power: 186/250/178 hp, Torque: 177, 259, 194 ft-lb, Transmission: 6-speed or 7-speed automatic. At the heart of the fourth-generation Kia Optima sedan is already a well-known platform, though has undergone a major upgrade. Structural body performance of Korean cars created by 50% of high-strength steels, which have found application in the realization of the chassis. In front updated Kia Optima has traditional McPherson and a multi-link suspension in the rear. The brake system has a full disk with electronic brakeforce distribution and anti-lock technology. 2017 KIA Optima turbo received a highly turbocharged 2-liter engine, producing a massive 250 HP, making it one of the most powerful Korean cars on the market.

Stop by Island Kia and check out the all new 2017 Kia Optima and see what all the rave is about and take it for a test drive today! 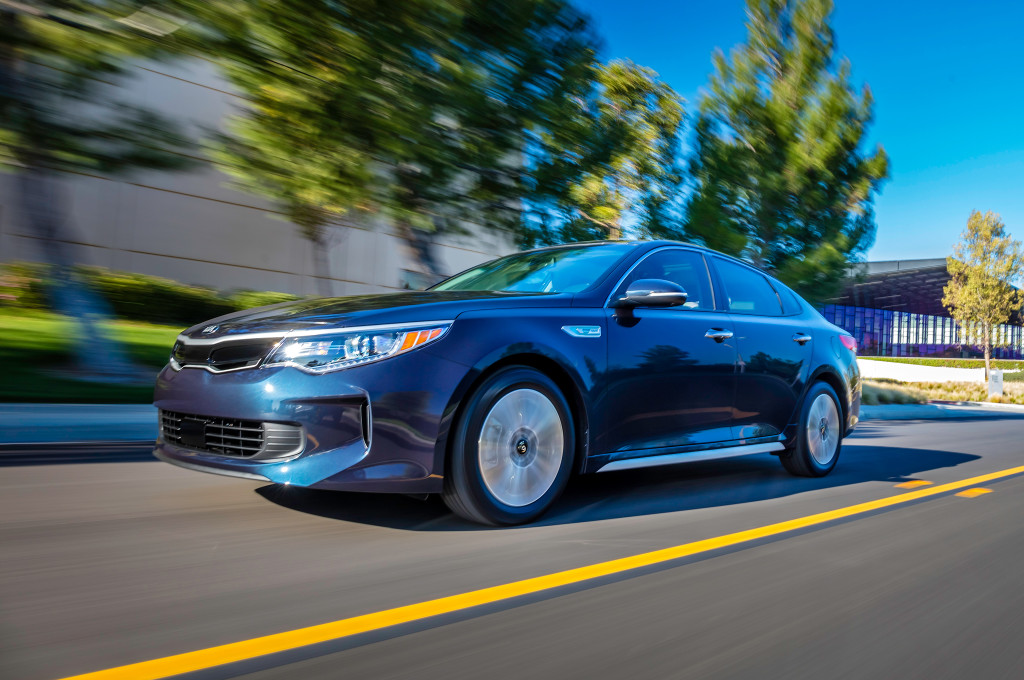