CALL US FIND US
You Are Here: Home > 2017 Kia Sorento Brooklyn, New York

The 2017 Kia Sorento at Island Kia near Brooklyn, NY is a midsize SUV that seats five or seven people and is powered by a choice of two four-cylinder engines or a V-6. Last year, Kia updated the Sorento with new interior styling, a new four-cylinder engine and enlarged the vehicle. A six-speed automatic transmission and front-wheel drive are standard on every 2017 Kia Sorento. Every 2017 Sorento at the Island Kia near Brooklyn, NY comes standard with antilock brakes, traction and stability control, front side airbags, and front- and second-row side curtain airbags. All but the LX come standard with a rearview camera. Most surfaces in the 2017 Kia Sorento at Island Kia near Brooklyn, NY are soft to the touch and richly textured, while available two-tone color schemes accentuate these quality materials. Cargo capacity behind the third row (11.3 cubic feet) is really only good for a pair of small suitcases or several grocery bags. There are roughly 38 cubic feet behind the second-row seat, with maximum capacity reaching up to 73.5 cubes when you fold the second row. That’s more than you’ll find in many five-passenger midsize SUVs.

There is a marked sense of sophistication in the 2017 Sorento’s ride. Even top-of-the-line models with their big 19-inch wheels manage to soak up bumps without harshness. Kia’s midsize crossover is also impressively quiet, especially in the EX trim and above, so count the Sorento as a good candidate for a comfortable family road trip. Come into Island Kia near Brooklyn, NY today to test drive the new 2017 Kia Sorento!

Click here to learn how you could be driving a new 2017 Kia Sorento. 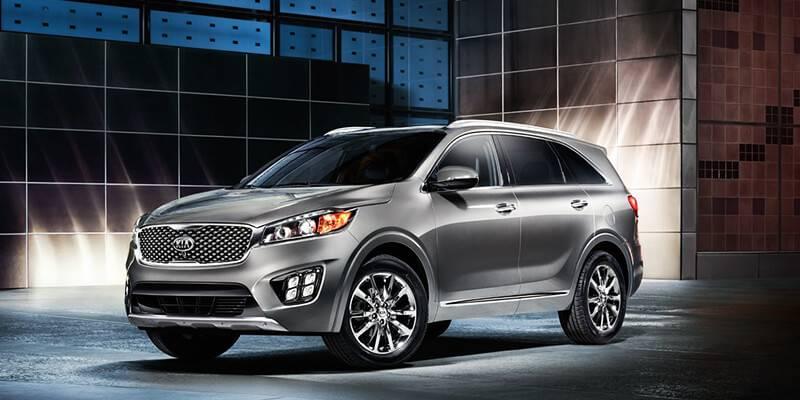