Island Kia of Staten Island, NY proudly presents all-new 2017 Kia Soul. For 2017, the Soul officially receives a turbocharged engine option that ups the ante by a significant 40 horsepower. Finally, a powertrain to match its entertaining personality. The new model named the SX overseas, is technically called the Kia Soul !, but for the purposes of normalcy, consider it the “Exclaim.” As before, it’s the top model in the range above the Soul Base, which has a 130-hp 1.6-liter four-cylinder, and the Soul + (Plus), which has a 2.0-liter four-cylinder that makes 161 horsepower. The Exclaim, which uses a new seven-speed dual-clutch transmission, gets a 1.6-liter turbocharged four-cylinder that pumps out a much-welcomed 201 horsepower and 196 lb-ft of torque. Because the extra power comes from forced induction, the fuel economy actually goes up slightly, to a claimed 28 mpg combined.

To complement the engine update, Kia gave the Exclaim a bit of extra physical ‘tude. There are new 18-inch wheels, red body trim, chrome around the grille, and a chrome dual-exhaust tip. That’s in addition to the redesigned headlights, fog lamps, and front and rear fascias seen on 2017 models. Inside, the Exclaim cabin is sweetened with a leather-wrapped steering wheel, push-button start, an 8.0-inch display with UVO3 and both Apple Play and Android Auto, and a couple of USB ports. Rear cross-traffic alert and blind-spot detection are new options.

The base Soul with a manual transmission starts at $16,840, or $18,400 with an automatic. The Plus comes in at $20,500, and the newly turbocharged Exclaim is a still-cheap $23,500. There is more to the boxy Soul than quirky styling. It packs abundant interior space, with chairlike seats and big windows providing an excellent view out. Though fundamentally a budget hatchback, the Soul can be an SUV alternative, functionality-wise.

Stop by Island Kia of Staten Island, NY today and come check out inventory of Kia’s today and take it for a test drive! 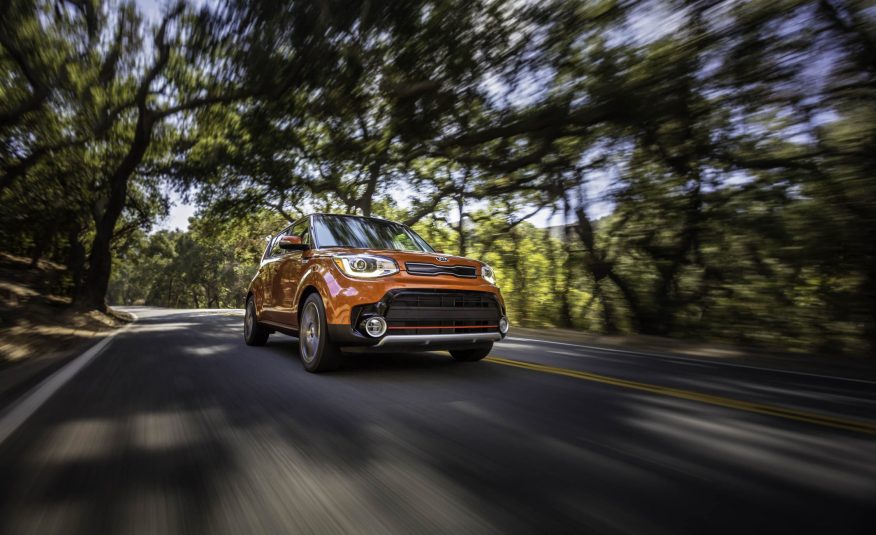 Kia Dealership near Newark | Used Cars For Sale near Brooklyn