Island Kia of Jersey City, NJ Kia proudly presents the all-new 2017 Kia Sportage. The fourth-generation Kia Sportage has an all-new look wrapping a stronger chassis filled with more connectivity than the previous models. Kia hopes these changes will make the Sportage nameplate stick out in a field of compact crossover utility vehicles that are outselling it by almost seven to one. Consider that the biggest seller in the class is the Honda CR-V, of which Honda moved 345,647 units out the doors of its dealerships in 2015. In the same time frame, Toyota sold 315,412 RAV4s and Ford sold 306,492 Escapes. Kia, meanwhile, sold just 53,739 Sportages, good enough for eighth place in a field of … eight. So Kia really needed to do something to get its $23,885 Sportage on the Google searches of potential buyers typing “CUVs under $25,000” into their laptops.

Let’s start on the outside: The new Sportage is wrapped in a more rounded shape, penned in Kia’s Frankfurt design studio. It’s a more pedestrian-friendly exterior, particularly on the front end, one that is perhaps reminiscent of something like an Infiniti QX50.

The exterior is 1.6 inches longer than the previous model, the which helps give front and rear seat passengers more room and helps increase rear cargo area by 18 percent. There’s a ginormous sunroof available that opens up the inside like a mini observatory.

The chassis is 39 percent stiffer, with a five-fold increase in the use of bonding adhesives throughout. There is also more high-strength steel; over half the steel in the body-in-white is made of the stuff.

The new Sportage is still propelled by last year’s powertrains, however, changes not having come in leaps and bounds but only bounds. The base engine is a 2.4-liter naturally aspirated four-cylinder making 181 hp and 175 lb-ft of torque. The upscale powerplant is the 2.0-liter turbo, making 240 hp and 260 lb-ft. Both are mated to six-speed automatics, the only choice available.

Stop by Island Kia of Jersey City, NJ and come check out the all new 2017 Kia Sportage today and take it for a test drive! 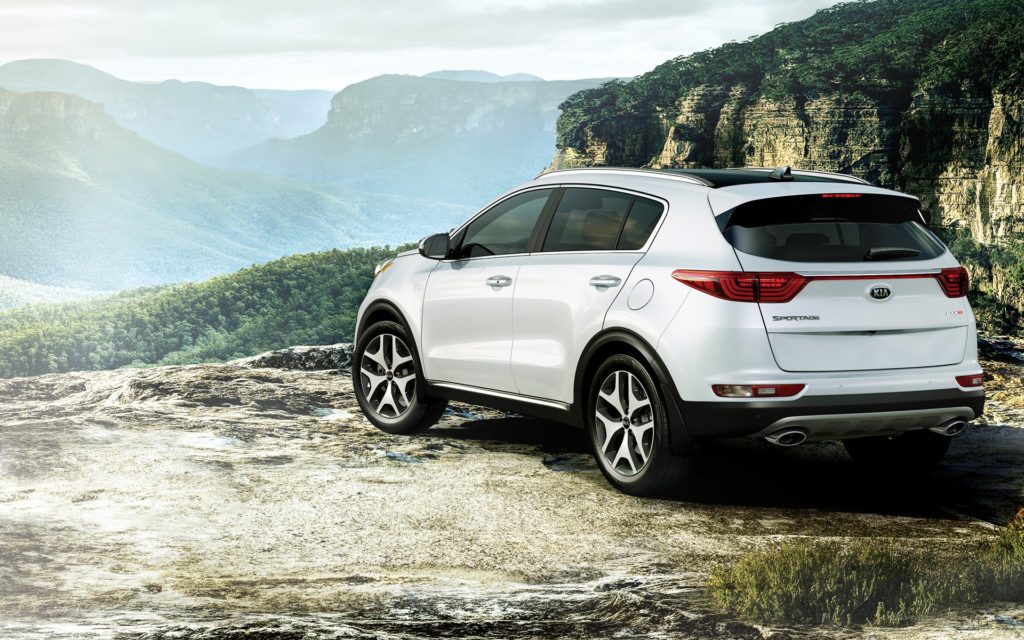